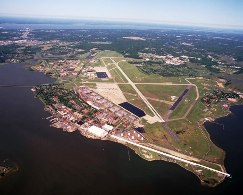 The base is one of the oldest facilities of the Air Force, having been established on 30 December 1916, prior to America's entry to World War I by the Army Air Service, named for aviation pioneer Samuel Pierpont Langley.