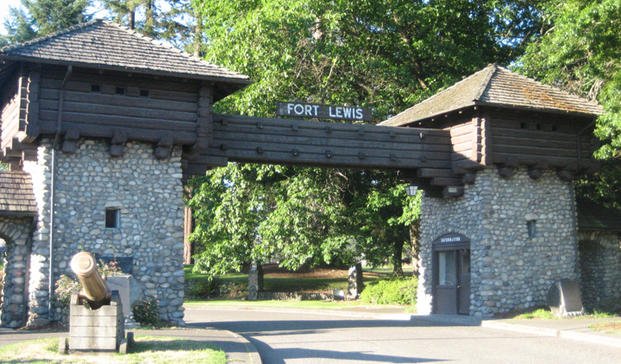 Fort Lewis, named after Meriwether Lewis of the famed Lewis and Clark expedition, is one of the largest and most modern military reservations in the United States.

Consisting of 87,000 acres of prairie land cut from the glacier-flattened Nisqually Plain, it is the premier military installation in the Northwest.

Fort Lewis is situated in a key location along Interstate 5, allowing easy access to Sea-Tac airport and to the deep water ports of Tacoma and Seattle.

Welcome to Fort Lewis Army Base.

Learn More About Fort Lewis
Modern day Fort Lewis, part of Joint Base Lewis-McChord (JBLM), began as a training encampment in 1902, but was officially named Camp Lewis in 1917 after the famed discoverer Meriwether Lewis (Lewis and Clark Expedition). Camp Lewis evolved into Ft. Lewis in 1927. Later, with WWII looming, the Army Air Corps took over a nearby airfield and renamed it McChord Air Field. In 2010, the two bases were combined as a cost saving measure and the installation is currently known as Joint Base Lewis-McChord (JBLM). Today it is one of the largest and most modern installations in the U.S. and is home to the I Corps, 62nd and 446th Airlift Wings, 7th Infantry Division, 1st Special Forces Group, 75th Ranger Regiment, 66th Theater Aviation Command, and Madigan Army Medical Center (just to name a few).

JBLM is a coveted posting in military circles. Nestled between the Puget Sound and the Cascade Mountains, JBLM is also convenient to the metropolitan hubs of Olympia, Tacoma and Seattle. The views are epic with Mt. Rainier overlooking the area. Big city living, quiet inlet refuges or wide-open prairies are among your options when choosing where to reside. No matter where you choose, you’ll never be too far from everyday needs and even luxury shopping. The coffee scene here is like none other and culture is laid-back, outdoorsy and active.

Find neighborhood details, local photos, insider info and more for Joint Base Lewis-McChord, Washington from our partners at Millie.