You are enrolled in this Master Class!

Please check your email for Zoom meeting info and add the event to your calendar.

Great idea. Except for the fact that networking is statistically the most likely source of your next job. Luckily, in our FREE transition master class, “Networking Without Awkwardness,” you will learn how to network into a job without losing your cool. We will start with a few simple tools, then give you a tactical plan to move forward with networking in a way that feels natural and gets great results.

Master Class: Fistful of Dollars: Financial Literacy for the Transitioning Veteran
When the whole family is counting on your paycheck, the prospect of a gap in pay after military transition can keep you up at night. The decisions you make now will make a world of difference. In our 60-minute master class, learn how to plan your transition so you can transition with confidence.
Master Class: Female Veterans
So many employers want to hire female veterans right now. In our 60-minute class, find out what opportunities employers have for you, how to wade through the offers that will come your way, and catch up with the secret signs of success expected of you in the civilian world.
Master Class: Networking Without Awkwardness
Does anything sound less military than the thought of networking your way into a job?
Master Class: Next Level Negotiation—How To Get Your Biggest Paycheck Ever
When you get your first job offer after military transition, everything in you will scream TAKE IT NOW. But this is the one moment you have to make the most money and the best deal possible. In our one hour class, learn how to evaluate your offer, learn to counteroffer with class and sign on to the best job you ever had.
Master Class: Secrets of Recruiters
Civilian recruiters, hiring managers and job sources have so much they wish they could tell you about finding your first job after the military. Learn how to make your background, resume and interview look right and sound right so the recruiter can get the job offer in front of you now.
Master Class: Finding the Federal Job 2.0
Federal employment is not your backup plan—it is a path that can lead to the job that will suit you best. Discover how to master USAJOBS, build a winning federal resume, and land the federal job that will lead to your next career success.

Employers do want to hire hard-working, self-motivated veterans like you. The command does want you to keep firing on all cylinders until the last minute. Your family wants to know what will happen next right now. That is a lot of pressure. Do yourself a favor and take control over your transition by signing up for our exclusive FREE master classes now. 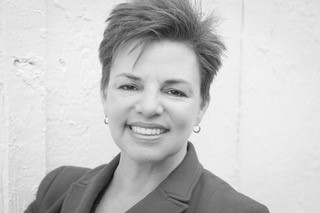 Jacey Eckhart MA CPCC is Military.com's Transition Master Coach. She is a Certified Professional Career Coach and military sociologist who has been designing workshops and training active duty, National Guardsmen, Reservists and military spouses for decades.

8 Ways How Not to Look Old on the Job Hunt

How can veterans find meaningful work after the military? Meaning is one of the benefits veterans list most often when it...

The perfect resume for veterans and military spouses can be hard to write. With Military.com's Veteran Employment Project...

How much should a veteran "civilianize" their resume? Do you take out all references to the military or is that confusing for...

Do You Have a Golden Ticket? Find Out with Our Security Clearance Master Class

Your security clearance is supposed to be a golden ticket to the best jobs ever when you leave the military. But how do you...

Master Class: Find Defense Contractor Jobs
Your military experience may have given you the kind of knowledge, skills and abilities defense contractors need to get the job done. You may even qualify as a Subject Matter Expert. But you can’t get the job if the recruiter cannot find you. In this master class, learn what the big and small defense contractors are looking for and how to prepare your LinkedIn and resume to help them find you.
Master Class: Reverse Resume for Spouses
After the third move, military spouses notice that the military is having a profound effect on their salary prospects, their job hunt, and their career. In this 60-minute master class for spouses only, learn how to overcome the resume and find the work you deserve.
Master Class: The Checklist Resume
Everyone says a resume won’t get you the job, but an old school resume will keep you from getting the job you want. Learn our trick to identifying the keywords employers want to see that will make requests for interview pop up everywhere in this one-hour master class.
Master Class: Security Clearance Jobs for Veterans
How much is your security clearance worth on the job market? How do you know if it is still active? What kind of jobs are looking for someone with your skills --and are they all overseas? Get answers to these questions and more in this new Transition Master Class for transitioning military, veterans with experience and spouses.
Master Class: How to Nail the Job Offer—Interview Skills for Veterans
The biggest mistake veterans and spouses make in the job hunt is skipping interview prep. And why not? Interview questions seem so obvious. But when you do the interview and don’t get the job offer that means you missed the coded questions the hiring manager was really asking. In just an hour, learn how to make informational interviews, online interviews and formal interviews turn into the job offer you really want.
Master Class: Tech Jobs Without a Tech Background
Every job is a tech job in today’s economy. So what if your rate or MOS had nothing to do with tech? Our veteran service organizations have partnered with some of the best tech companies to get you up to speed. In this one-hour master class, learn how you can gear up for tech jobs while you finish your military service.

Get the Veteran Jobs Newsletter

Get the scoop on military employers and the latest award-winning content. Right in your inbox.

By signing up, you agree to our Privacy Notice.
Thank you for subscribing!

Verify your free subscription by following the instructions in the email sent to: